Heroine Zine is a platform to showcase the talents of creative women in the North-West of England and beyond. The zine originated last summer in Brighton and is now onto its third edition. 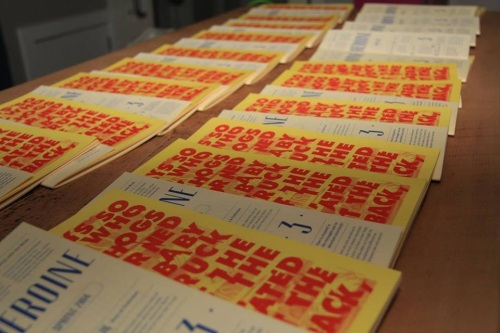 There is a current resurgence in this form of expression, originally championed by Thomas Paine, Benjamin Franklin and later H.P Lovecraft and riot grrrl. A zine – an abbreviation of fanzine, or magazine – is most commonly a small circulation self-published work of original or appropriated texts and images usually reproduced via photocopier. Generally circulated in editions of less than 100, profit is not the primary intent of publication. They are informed by anarchopunk, raw creativity and DIY ethos. (Let us not forget the Whaaat? zine, which gave rise to this very site.)

ten minutes hate had an audience with Heroine in FACT, Liverpool, to discuss their origins, their missive and future plans.

The magazine celebrates women as they are, not constructed. We have a listed manifesto. 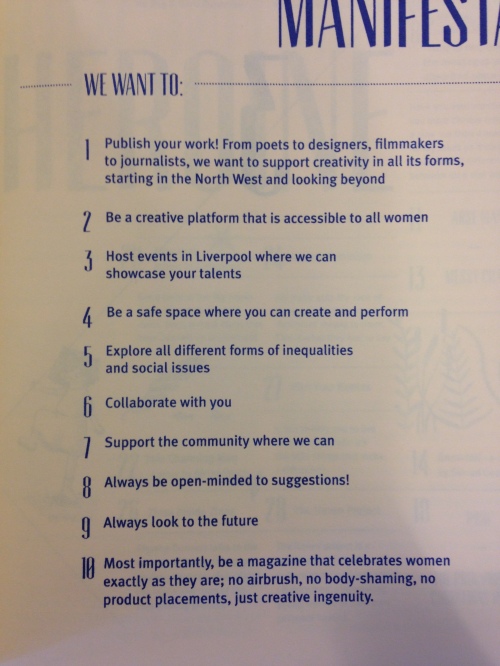 The cat, our mascot, is taken from the suffragettes. When jailed for activity, the activists would go on hunger strike, which would make them so weak that they could no longer have the energy to protest and were sent out of the prisons, no longer a threat. They would then re-energise, eat and be ready to campaign again and then land themselves back in prison. A cat and mouse type of game. 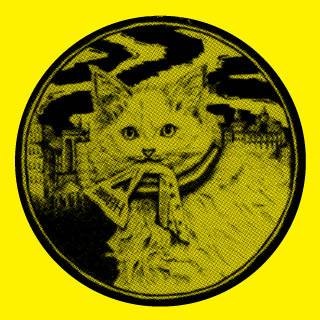 People to admire include Caitlin Moran and Laura Bates. And we also have great admiration for Madeline Heneghan, creator of the acclaimed Liverpool writing festival, Writing on the Wall. A business heroine. We admire women in day-to-day life, the ‘real people’.

World domination. We have a busy summer ahead, including a Heroine Fest with an event in Chevasse Park on 27 July, event parties, open-mic poetry events.

We are looking all the time for any distinctive poets, artists and photographers.

We are always open for submissions to the zine, no themes, just your ideas. Pitch something to us at heroinemagazine – at – hotmail.com or through the submissions page and we’ll let you know what we think.

Thanks to Becki Currie for the image of Jet the Cat