Like my good pal, Mr Maguire, I have taken a more systematic approach to reading this year by making a reading plan. It wasn’t too exact, reckoning on two books a month and allowing for other discoveries by only planning for 10 months instead of 12. It sounds unbelievably dull, but as it paid off in an extra 15 books read this year, it might become a permanent feature! Access to free, out of copyright downloads means that I read more ebooks this year. They are just too convenient to avoid these days, however strong the preference for the turning of an actual page. 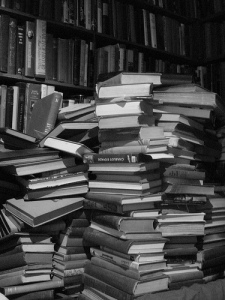 While putting this plan down on paper, I decided that I wanted to read more from outside the ‘dead, white, European male’ perspective which so often makes up my reading. As this year started as the last ended, with a whole bunch of classy spy novels, this wasn’t altogether successful, but the effort will continue when planning next year’s books. I also want to read more works in translation, to disprove that theory that English-speaking readers won’t touch such books. Also this year I was lucky enough to get an offer of free downloads from the website Unbound, which introduced me to many new writers as well as a new way of publishing books.

Here is my list of books read in 2014, with links to reviews written along the way, as well as some further thoughts following. In chronological order, I read this year:

Looking at my list, it seems that I didn’t do too well at #readwomen2014, with just seven women appearing. The inter-war period still seems to be my favourite, with 14 books either being written or set in the Twenties and Thirties. It is going to take a more concerted effort next year to break away from the old, dead, European men.

Some highlights this year were set very close to home, with Piggy Monk Square by Grace Jolliffe and Trevor Hoyle’s Down The Figure 7 offering two completely different perspectives on growing up in the North of England. Jew Boy by Simon Blumenfeld contrasted with and provoked thought as well as Orwell’s Keep The Aspidistra Flying.

Spy novels remain a pleasure, so it was engrossing to pick up Ben Macintyre’s tale of the real-life mole in our midst, Kim Philby. Miranda Ward’s book – part manifesto, part memoir – of making it or not in the music and other creative industries prompted much highlighting and scribbling in notebooks. Conversations With Spirits by E.O. Higgins was a triumph, taking on spiritualism and the creator of Sherlock Holmes, it should be read by all.

Despite its World War II setting, nods to Orwell and plucky heroine, I couldn’t warm to Elephant Moon by John Sweeney. It had all the right ingredients and should have been a cracking tale, but felt far too slow to me. Alison Moore’s The Lighthouse is undoubtably the work of a skilled writer, but I disliked her characters so much it was difficult to spend time with them.

When it comes to picking a best book of the year, there really is only one candidate. Paul Kingsnorth’s The Wake was unlike anything else, written in an edited version of Old English and rewarding the dedicated reader with a finely woven and masterfully rendered story. Language and narrative both perfectly combined. The writer announced that this is planned to be the first of a trilogy, which is very happy news and something to look forward to placing on a future list.

So, how about you? How did you get on and which were your favourite reads of the year?