The Museum of The Little Prince in Hakone, Japan

Finding myself with time to spare and a copy of The Little Prince at hand, resting on the shelf more for decoration than for anyone to read, presented an opportunity. So I settled down, opened the pages and drifted off on adventures with my friend from Asteroid B-612.

Later, the realisation dawned that I had been meaning for a long time to write about my visit to The Museum of The Little Prince in Hakone but the endless concerns of pretending to be a grown-up had intruded. The photographs remained tucked away and with them my memories of walking down a French street without having ever left Japan. 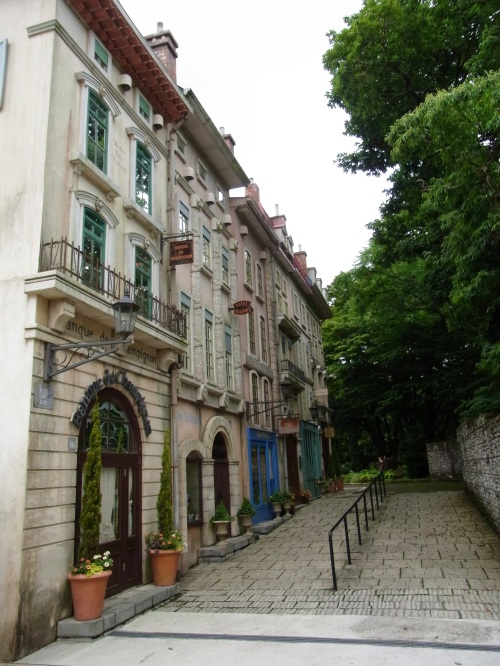 This is not so much a museum as its own world: dedicated to The Little Prince and the life of the pilot he meets in the desert, Antoine de Saint-Exupéry. The buildings that house the museum, along with the gardens that surround them, could have been transported here from Europe.

While the attraction may be owned by a Japanese broadcaster and have been created in the midst of a literary theme park boom, it has clearly been put together by those who love the author and his most famous work. There is much joy to discover in the small details. This window exhibit in one of the shops on the French street features contemporary adverts from airlines and destinations that were popular during Saint-Exupéry’s flying career. 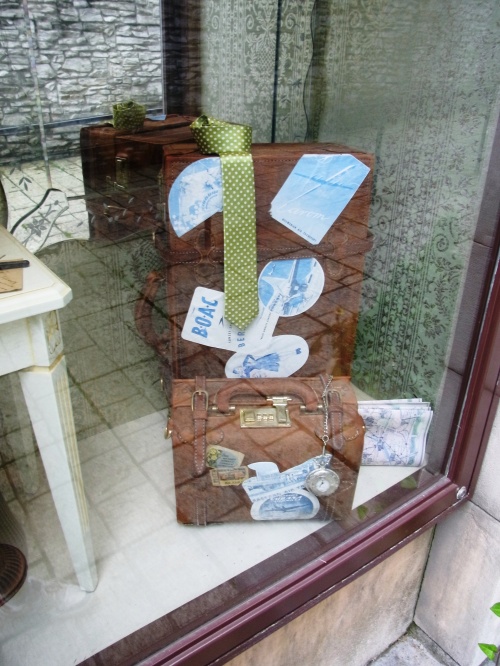 Here is the entrance to the exhibition hall where, once admitted, you are required to put the camera away.

That is a shame as far as this photo series goes, however it does allow the visitor to focus on the detailed recreations of scenes from the author’s life, including his childhood bedroom, office from the early days of postal aviation and apartment during his exile in New York, among others.

The exhibits’ descriptions are mainly written in French and Japanese, although there is an audio guide available in English. Having made the decision to go without, I coped pretty well while giving the last vestiges of my French abilities a workout. It doesn’t really matter which language you are most comfortable in though, as the final exhibit shows, The Little Prince now appears in almost every language found on our planet.

There is, as you would expect, a well-stocked gift shop, café and restaurant. Yet even on a grey day such as the one of my visit, with rain never very far away, the gardens are not to be rushed through. To do so may mean missing one of the many scattered sculptures.

Here is our hero with the characters of the sheep and the fox: 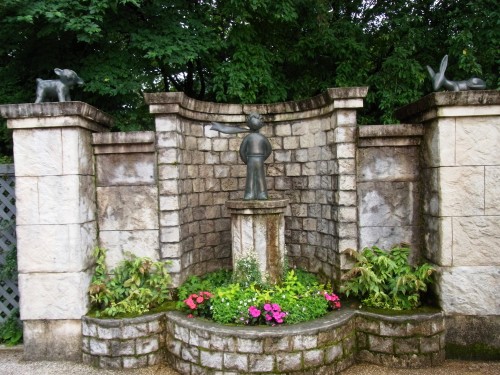 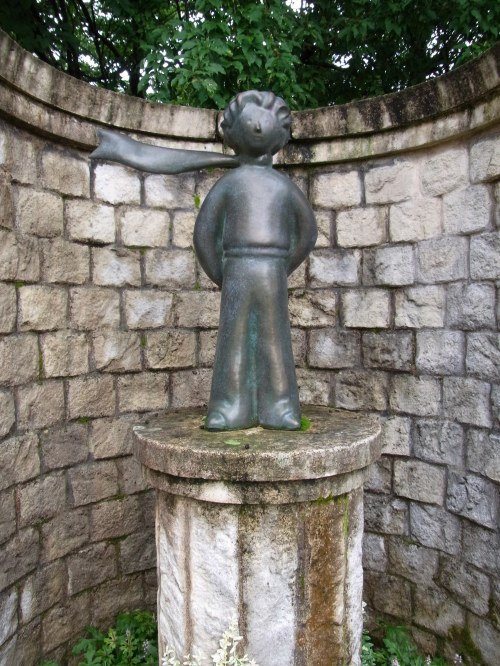 And here he is on his small home, with his rose:

The details of Saint-Exupéry’s life are worthy of a hundred adventure tales and, whether you are familiar with his works or not, a stroll around this beautifully crafted museum is an excellent way to discover more about the man and his creations.

If you are lucky enough to find yourself in Japan, the museum is about an hour away from Tokyo. A visit will delight all who are children, or were once children or who wish they still were children.

What better guide could you ask for?

For you it’ll be as if all the stars are laughing. You’ll have stars that can laugh!

Remember when I wrote this post about the French campaign, a day without immigrants? Well, along with fish and chips, chicken jalfrezi and our own Royal family, this is yet another bloody good idea to make it to Britain from foreign shores.

The ‘I love migrants’ campaign has been developed by the Joint Council for the Welfare of Immigrants to outline the facts around migration and help people show their support for people who have come here from elsewhere.  My particular favourite fact is this one:

The British Isles were completely empty until humans returned around 14,700 BCE. The land would by definition have been discovered by a migrant. St George was most likely born in what is now Turkey.

When your Queen, your Saint and your national dish all come from somewhere else, I feel it is time to start embracing your status as a citizen of the world, while junking outmoded nineteenth-century concepts of nationalism.  Now if someone could just explain that to the Daily Heil…
[tweetmeme only_single=false http://10mh.net%5D

A day without immigrants?

So it appears that the Tories might be about to blow the immigration dog-whistle again. If true, an article I read today over on Liberal Conspiracy regarding a day of action in France called ‘a day without immigrants‘ has special poignancy.  The campaign encouraged:

anyone who is an immigrant, of immigrant origin, or who feels solidarity with immigrants and wanted to contest their treatment to take these three simple measures [to stay at home, protest and spend nothing] for just one day

I would love to see something similar happen here.  During recent teaching practice, I was lucky enough to meet a number of people from outside the UK.  I realised that, while there is nothing universal about people’s reasons for being here – an au pair on a short visit from Eastern Europe to practise her English before returning to university has little obvious in common with someone unable to return home – they often have a shared experience in how they have been treated since they arrived.

Sadly, for our image of ourselves as a nation committed to upholding standards of justice and fair-play, these notions don’t seem to be universally extended to immigrants.  Instead we detain them in terrible conditions, ensure that this frosty welcome is also extended to children and then have the gall to attack them for living a cushy life (search the Mail website, I haven’t the heart to link to them).  It is little surprise that some are driven to desperate measures.

So maybe the Tory call to arms over the issue is a good thing.  If they want to fight on this ground for yet another time, I say let them.  After all, coalitions of determined, caring people have been beating anti-immigration campaigns with fascist overtones on the streets of Britain since the 1930s.  There is a case to be made here as in France, of the benefits that recent and historic immigrants have made to our society.  And if you believe, as I do, that immigration can be of benefit, make sure you are au fait with all the issues and ready to join in with the scrap.