‘Bollocks – no one would have been killed!’

One of the first things to strike me on starting to read the report by the Hillsborough Independent Panel was, that although I considered myself to be knowledgeable about the causes of the disaster, there was much still to learn. The panel’s incredibly thorough research doesn’t begin with the disaster involving Liverpool fans which took place on 15 April 1989, but instead takes the 1946 crush at Bolton Wanderer’s ground Burden Park – which killed 33 and injured hundreds – as its starting point. By doing so, the report’s authors clearly set the events of April 1989 in the context of a series of fatal incidents which took place at UK football grounds in the post-war period.

This has the effect of making the 1989 disaster somehow less unique, while still deserving of its dubious ‘honour’ as the country’s worst ever loss of life at a football match. It appears against this background as less of a freak occurrence, one which took the police, club officials and footballing authorities by surprise, and more as something that was predicted by many and therefore should have been better anticipated and thus avoided.

That is especially true in light of events at the same ground, on the same terracing, just eight years earlier. Spurs fans were well aware of the potential for supporters getting into serious difficulty, following their own experience of an FA Cup Semi-Final at Hillsborough against Wolves in 1981:

Spurs fans faced the prospect of a pain that Liverpool fans eventually had to suffer. Those at the front were bruised and battered well before kick-off and realised quickly they simply could not escape as things got worse. Some still speak of the crowd being packed so tight that their feet were off the ground as they moved.

As noted by the Spurs fans, the reason why there are no memorials to the victims of this earlier FA Cup game is that the police reacted much more promptly to the crushes. In a move that caused Sheffield Wednesday Football Club (SWFC) officials to express their anger in a debrief with police after the game, as it made the ground ‘look untidy’, fans were permitted to sit on the perimeter of the pitch, as shown in this video:

SWFC Chairman Bert McGee didn’t contain his anger at South Yorkshire Police’s (SYP) response or his disbelief that a fatal situation could have occurred, using the words from the title of this post [quoted on p. 64 of the Hillsborough Independent Panel report]. The report states that this disagreement lead to a souring of the relationship between the club and SYP which would have consequences for the day of the disaster and its aftermath.

If the club was certain that the risks were being over-stated, one important group was less convinced, but disregarded. Football fans themselves knew very well that being herded onto terracing in numbers that rarely conformed to stipulated safe capacities, to be fenced into pens with unsuitable crush barriers and tiny perimeter gates, was asking for trouble. As fanzine When Saturday Comes noted in 1989:

Complaints about safety and comfort were ignored because they were being made by supporters. Official action will be taken now, because the same points previously raised by fans are now being made by the government and the media. Their stupidity and cowardice over a long period of time allowed Hillsborough to happen.

There has been an unprecedented show of solidarity since the report’s release from fans of other clubs, with good reason. Spurs have reasons to count their blessings, as well as Nottingham Forest – our opponents on 15 April 1989 – who know that they could easily have been allocated to the Leppings Lane terrace instead of the safer Spion Kop end. Forest knocked out Manchester United in the quarter finals while we went past Brentford to secure our place at Hillsborough. Everton and Norwich City played the other semi-final that took place that day at Villa Park and so it is fitting that the ‘Merseyside United’ tribute by Everton at their game on Monday this week was one of the most moving.

From the first chapter of its report, the Hillsborough Independent Panel makes clear that the seeds of the disaster were the unheeded warnings of earlier games at other grounds as well as at Hillsborough itself. The summary is stark:

The risks were known and the crush in 1989 was foreseeable.

Despite the many warnings, as kick off approached at 3pm on 15 April 1989, fans in the Leppings Lane central pens were once again in harm’s way: 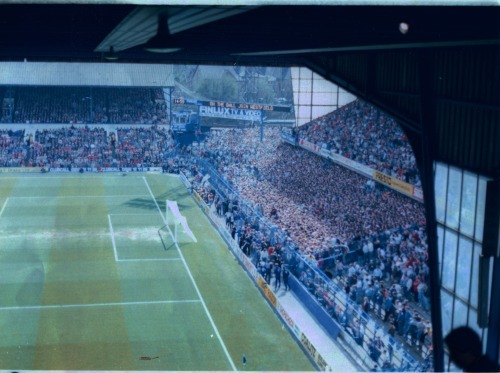 This time, there would be no ‘untidy’ yet lucky escape.

Hold your head up high

Everyone who knows even a little about the Hillsborough Disaster knows the name Jon-Paul Gilhooley. Whether because he was the youngest victim, aged only 10 years old, or because of his younger cousin, another little Huyton lad who didn’t die young and grew up to be Steven Gerrard. The Liverpool captain has spoken of the effect of losing Jon-Paul on his life and that of his family:

It was a difficult time to know that one of your cousins had been at the game and had been tragically crushed. Seeing the reactions of his mum, dad and family helped me drive on to become the player I have developed into today.

For me, Jon-Paul Gilhooley’s name always stands out on the Hillsborough memorial, not because he is more important than any of the other 96 people who were killed, but because I was one year older than him on that sunny day in April when Liverpool fans came from all over the country to watch a football match and not all made the return journey. For a city and many beyond it, life would never return to how it was.

As children at the time of Hillsborough, we saw our fathers and mothers – always so together and in control – left grief-stricken and powerless in the face of police and politicians’ lies. We learnt to hide our anger at playground taunts and jokes because we had to prove we were better, weren’t hooligans in embryo as they said we were. Even young Liverpool fans knew not to trust what it said in the papers, years before the Leveson Inquiry.

We saw inquests run in a way to bring shame on the worst totalitarian regime, witnessed a report by a senior judge confirming what we all knew, ignored by those that had called for it. Watched private prosecutions falter, allowing the senior police officer on duty at the ground that day to retire and spend more time with his pension. Through it all, we heard the chants from the ignorant at the other end of the ground, telling us: you did it, if it wasn’t for you we could stand, more of you should have died, you killed them.

The high-profile idiots get the media attention: the unrepentant ex-editor, the Prime Ministerial wannabe, the quiz show panel member. All prepared to use the hidden evidence and official obstructions to sound controversial and elevate their own notoriety. But actually, far worse are the everyday morons who say it to your face. One of the first conversations I had on arrival in Japan was with a fan of some no-mark club who told me ‘there were hooligans at Hillsborough though, weren’t there.’

Now imagine hearing that, hearing that you are wrong, to blame, paranoid or mawkish for 23 years, even as you try to mourn. As you try to recover from the loss of your child, parent, cousin or friend. That has been life for the Hillsborough families since the day of the tragedy.

So emotions on Tuesday were heightened. By midway through the morning here, with the Hillsborough Independent Panel’s report still hours away from release, a number of news reports had already brought tears, especially this one telling of a family coping with the treatment of their seriously ill son, injured at the disaster. It seemed incredible that the families were moving closer to getting the answers they deserved, after so many setbacks.

It was afternoon in Japan when the first reports began to come through, at first shocking news – worse than even imagined – about blood alcohol tests done on Jon-Paul Gilhooley and the other child victims. Then it all followed swiftly, the Prime Minister apologised, then Sheffield Wednesday Football Club, South Yorkshire Police, so many apologies that after 23 years with none, the head began to spin. Even the S*n and its ex-editor tried to get in on the remorse,  offering too little too late.

If in fact it ever resided in Wapping, ‘The Truth’ belongs to us now. 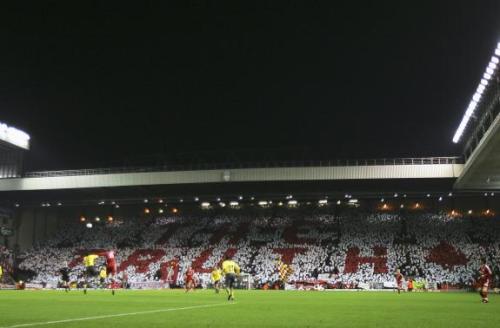 Too many years have passed for this to really count as a victory. The Prime Minister spoke of new evidence but later amended his statement to acknowledge that all of this information had been known at the time, but deliberately concealed. It didn’t feel like a day for vindictiveness, but I felt glad that the PM at the time, Margaret Thatcher, was alive to see the scheming she must have approved fall so completely apart. I hope someone showed her the headlines.

Of course, the campaign doesn’t end here. Now the evidence is revealed, there must be reviews, reopened inquests, amended death certificates, fairer inquiries and hopefully, prosecutions to come.

But they did it. They did it for you: for all of the 96. Your mums and dads, brothers and sisters, cousins, wives, husbands, loved ones, friends – even your children – some of whom were only tiny when you were killed. They fought for you and never gave in, these ordinary yet somehow superhuman people took on the whole establishment and got them to admit what we all knew. They lied.

As our song tells us: at the end of the storm, there’s a golden sky. So long cherished as an idea and a shared goal, on Tuesday 11 September 2012, the clouds finally parted.